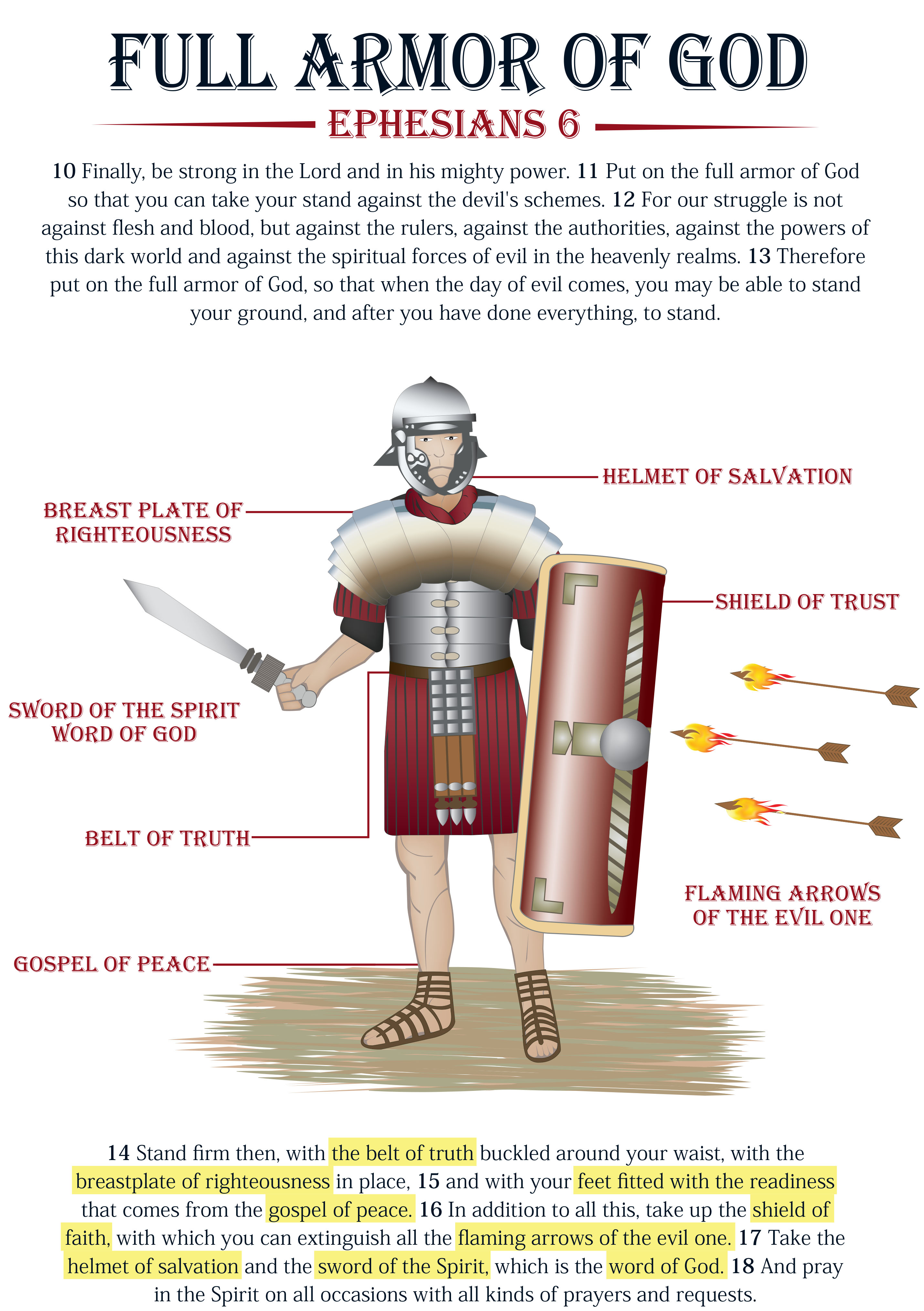 “Stand firm then, with the belt of truth buckled around your waist …” (Ephesians 6:14) 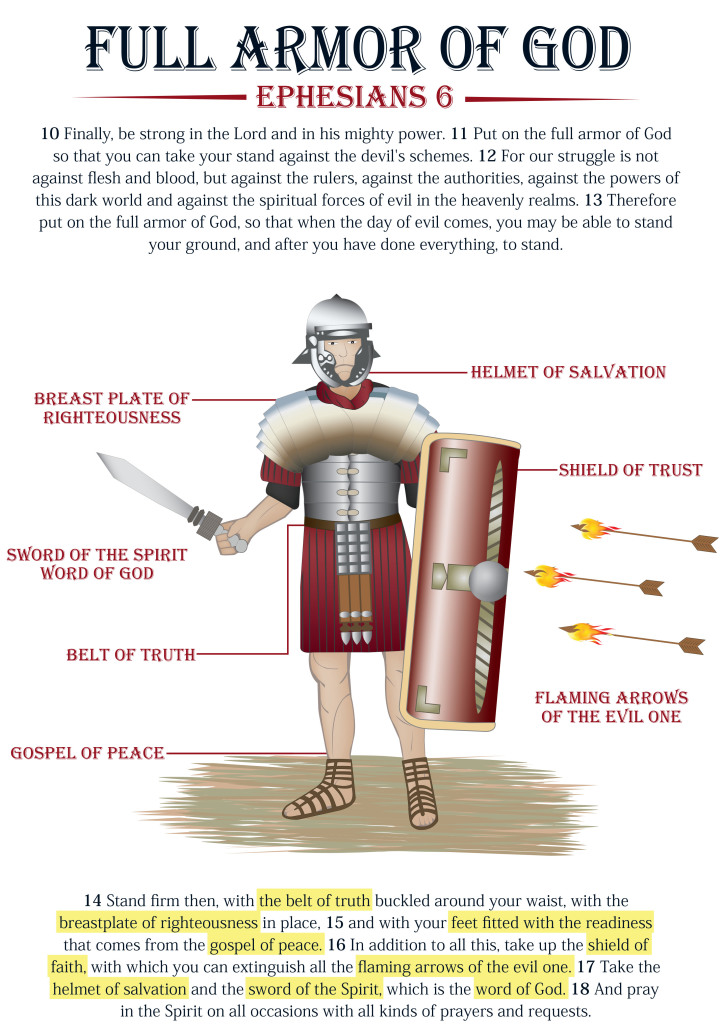 As I have read through Ephesians so many times before, I sort of skimmed through the part about “Putting on our spiritual armor.” I couldn’t get any traction with it. I was numb to whatever the Father was saying. But lately I see my numbness was just plain dumbness. As we continue to explore living with the power of the Holy Spirit, let’s see what this spiritual armor thing is all about, and how it fits in.

It’s around 60 A.D. and Paul is sitting beside a Roman Centurion in the tent-making area of Rome, next to the Tiber River. The Centurion is in charge of guarding Paul as he waits for his trial before Nero. As he writes his letter to the Ephesian church, Paul can’t help but notice the details of the Centurion’s armor.

A thought pops into Paul’s head: “Soldiers put on their armor when they are facing an enemy. And they are very careful to put on armor where they are most vulnerable. We Christians have an enemy,” Paul muses, “and he is constantly on the attack. We need to be aware of Satan’s schemes, and his three D’s: Destroy, Distract, Discourage.

That’s right. With the promised Holy Spirit living in you, you, my friend, are more powerful than Satan. That’s a crazy concept, isn’t it? But it’s true. So we don’t need to run or cower in fear of our enemy, though we always want to be aware of his schemes. I don’t walk around my home in fear of electricity, but I also don’t stick my finger in the outlets.

So God encourages us, through Paul, to stand firm with the power of the Holy Spirit:

“Finally, be strong in the Lord and in his mighty power (the Holy Spirit within you). Put on the full armor of God so that you can take your stand against the devil’s schemes.” (Ephesians 6:10-11 – parentheses added)

Jesus also warns us about Satan: “He was a murderer from the beginning, not holding to the truth, for there is no truth in him. When he lies, he speaks his native language, for he is a liar and the father of lies.”

And so as Paul begins his thoughts on our spiritual armor, he notices the Centurion’s belt, worn in the front to protect his most vulnerable area. (If you’re a man, no explanation needed)

“ …with the belt of truth buckled around your waist …”

Truth is your most vulnerable area, as well. There is no truth being told in our culture. Public figures, politicians and entertainers, and even some preachers, are spinning, manipulating, and out and out lying. The movies, TV, newspapers and news outlets are hell-bent (used purposely) on presenting their own version of the truth, which changes often to suit their agenda.

And the common theme is consistently, “Truth is relative, and truth is an evolving and fluid concept.”

Pilate got the ball rolling 2000 years ago when Jesus said to him, “and for this I came into the world, to testify to the truth. Everyone on the side of truth listens to me.” To which Pilate jeered: “What is truth?” (John 18:37-38)

Jesus also promises us, “If you hold to my teaching, you are really my disciples. Then you will know the truth, and the truth will set you free.”  (John 8:31-32)

Next week we’ll talk about how the truth will set us free from Satan’s many schemes.