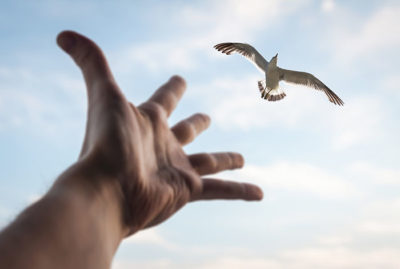 1503A common trap for those of us living and working for the Master is that our plans might be good plans, but they are still our plans. Are you certain your plans are of the Spirit? Can I get you to see the freedom you will experience when you can lose your pride in being useful to the Lord, and instead find joy in the Lord using you?

Too many people want to use the Spirit. Too many want to include the Father in their plans, instead of wanting the Father to include them in his plans. There is such a big difference, don’t you see?

But when we are being filled more and more with the Spirit’s presence and his power, we learn to rejoice in his work – not ours. We can even relax while working for him, because we know we have nothing to do with the outcome. We do our part, with all our heart, but we abandon the outcome to the Holy Spirit.

Brother Paul and I discussed this after he had first visited Corinth. He was frustrated by reports from Corinth that the family of Believers there had fractured into prideful cliques. Some wanted to elevate Apollos over Paul, or Cephas over Paul, or Paul over Cephas. (Cephas is what the Jewish Believers called me, so it must have been they who were seeking to elevate me.)

The reports said some thought Apollos was a greater apostle because he was such a gifted speaker. Others thought Paul was greater because he was so smart, and had experienced his miraculous blinding encounter with Jesus on the road to Damascus. And I guess the Jews just wanted to make me the greater because I was one of them, Jewish, and perhaps because I had been with Jesus.

How ridiculous. Yet I see this all around me. Numbers, oratory skills, book smarts, heritage. None of these matter. It is Jesus, only, and it is the Holy Spirit, only. Who are we? Just mere mortals, living out our spiritual gifts. After our discussion Paul showed me the letter he had written to the Believers in Corinth in response to their cliques.

Paul really is a brilliant man, you know. And highly motivated. Intense, even! I couldn’t help but smile to myself as I read his words, knowing how exasperated he can get. He began with, “What after all, is Apollos? And what is Paul? Only servants, through whom you came to believe—as the Lord has assigned to each his task.I planted the seed, Apollos and Cephas came along and watered it, but the Spirit is the one making it grow.

“The Spirit and only the Spirit. Surely not us!”

Can you hear his frustration?

So who is important? Only the Father. But who can play an important role in his plan?

Clearly the Holy Spirit was saying through Paul that we are all just doing our part. Each of us is gifted with different spiritual gifts and talents. And each of us is placed in certain situations to play a role in the lives of others. There have been times when someone other than I planted the seed of the Gospel in the hearts of others. And other times I have come along later, and was blessed to be present when someone was born again.

What a gift. But I know I had nothing to do with their salvation. Thanks goodness!

There have been other times when I worked hard planting seeds, and God allowed someone else to be present and part of the harvest. Who cares? We are all working for the same God, and we are all just doing our part. But don’t miss this: the promise is we will all be rewarded according to our labor.