Evidence for the Empty Tomb

The Empty Tomb: Okay, So What? 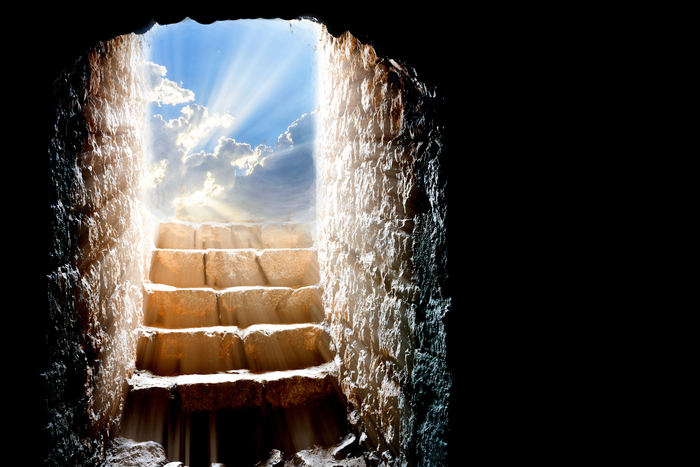 You may have already forgotten about Easter, and Jesus’ sacrifice for you on that horrible cross, but I haven’t. So …last week we examined the evidence for the empty tomb of Jesus. The fact that there is an empty tomb means Jesus is who he said he is – God, manifest bodily into our world as the Son of God. As C.S. Lewis says,

I am trying here to prevent anyone saying the really foolish thing people often say about Him: “I’m ready to accept Jesus as a great moral teacher, but I don’t accept His claim to be God.” That is the one thing we must not say.

A man who was merely a man and said the sort of things Jesus said would not be a great moral teacher. He would either be a lunatic – on a level with the man who says he is a poached egg – or else he would be the Devil of Hell. You must make your choice.

Either this man was, and is, the Son of God: or else a madman or something worse. You can shut Him up for a fool, you can spit at Him and kill Him as a demon; or you can fall at His feet and call him Lord and God. But let us not come with any patronizing nonsense about His being a great human teacher.

He has not left that open to us. He did not intend to. (Mere Christianity)

(While reading this in June of 1995 the Light came on for me and I was born again.)

Maybe you have a few doubts about the whole Adam and Eve thing … perhaps the Noah story or the Jonah and the big fish thing is a bit of a stretch for you. Or maybe the Sodom and Gomorrah story seems more legend than historical fact. This of course means that subtly, and maybe even subconsciously, you take the Bible as, well, “Okay, it’s good stuff, but for crying out loud one cannot take it literally.”

Well you see, Jesus, the man who predicted his own death and resurrection – and pulled it off – believed and taught about all these things: Adam & Eve, Noah, Jonah, even Sodom and Gomorrah.

So I think I’ll believe what Jesus believed. Now that is a radical thought, isn’t it? I’ll just choose to believe what Jesus, the Son of God, believed. If God can pull off the miracle of raising Jesus from the dead, then all these other miracles become so much easier to accept.

Perhaps life has turned upside down and you can just not make any sense out of it. The fog has rolled in, and God just seems nowhere to be found.  How could a loving God let this happen to me? Where is he when I need him?

But with a resurrected, very much alive Jesus, there can be a new meaning to your life, beyond this life. Our current problems, and even our disasters, can now take on a different, less overwhelming perspective.

This is the key: The empty tomb affords us an Eternal Perspective.

And finally, since Jesus appears to be who he said he is, doesn’t this warrant a closer scrutiny of his life and his teaching?   He said, “I am God.” Wouldn’t, shouldn’t, a proclamation like this require a complete revamping of our lives?

It would seem ridiculous to just “ho-hum” our way through the typical Sunday morning Christian thing – just phoning it in – paying only nominal attention to the teachings and commands of this Son of God, now that we understand Jesus is God.

This Easter season I challenge you to let the true significance of this empty tomb in Jerusalem flow over you and through you. You’re a bright person; you decide how that should affect the details of your life.

But affect them it most certainly must.