Obedience out of Love, Logic, and Gratitude 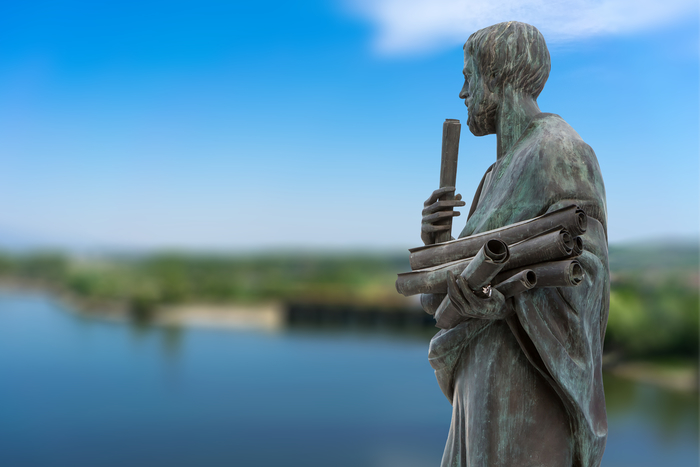 Logos, (Greek: “word,” “reason,” or “plan”) in Greek philosophy and theology, the divine reason implicit in the cosmos, ordering it and giving it form and meaning.

Have you spent any time digging into the Prologue at the beginning of the Gospel of John? Please do. It is mesmerizing in its lofty prose and its beautiful flow. I have been captivated by John’s opening words in verses 1-18 since I was born again in 1995.

I think you will, too—if you will take the time to drink it in. May I suggest you first gulp all eighteen verses down a couple of times, and then go back and sip them one verse at a time?

John opens with a declaration that has both captured and confused many for eons:

John is writing in Greek, identifying Jesus as the Logos. He does this for a specific reason. John is living in Ephesus when he writes his Gospel. Ephesus is the “Jewel of Asia” —a fabulous port city thriving with commerce, as well as medical practice and research. But more importantly for John’s purpose, Ephesus is a major center for philosophical debate in the Greco-Roman world.

Heraclitus was perplexed by the ever-changing nature of the world around him, and posed the question, “How can there be any order or design to such a changing world?”

His answer? The Logos: The reason, the supreme logic that created the world. The principle that orders the world.

Around 400 B.C. Plato, after debating and discussing this Logos for decades, concluded this: “It may be that someday there will come forth from God a word, a Logos, that will reveal all mysteries and make everything plain.”

Around 90 A.D. John, in a stroke of pure—Holy Spirit-inspired—genius, captures this mystery the Greeks and Romans, and even the Jews, have been debating for centuries in his opening words:

“In the beginning, this power, this force that you all say brings order and form to this universe; this Logos, who you hope may perhaps one day come from God so we can understand what He is doing in this world? Well, he came. He lived among us. He taught, he performed miracles, and he sacrificed his life for us.

“This mystery you have been contemplating for all these centuries?

“His name is Jesus.”

Do you want to know where Heraclitus was living when he first introduced this Logos to the philosophical world? Ephesus. Just like John. 500 B.C. to 90 A.D.

He will bring order and reason to the ever-changing, white water rapids of this cultural chaos in which we live. He won’t necessarily change the world around you, but he will change the world within you. That is his guarantee.

Confusion to order. Change to consistency. Perplexed to peace.