Release to Protect: A Mini-Series on Release & Restore … You

Pause to Reflect: A Mini-Series on Release & Restore … You

Politics and Those Disparate Disciples 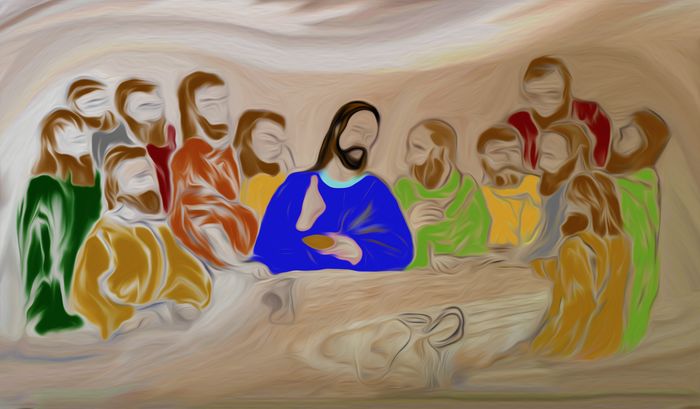 I am writing this prior to the election this week. You have likely read more than one message from preachers and such about how we Christians must show the country we can love each other despite our political differences. But read on because I have a new perspective for you.

Jesus’ comments to his disciples on his last night with them are quoted often, and for good reason:

Jesus continues his theme of unity and oneness and love:

Holy Father, protect them by the power of your name, the name you gave me, so that they may be one as we are one. (John 17:11)

And then he speaks directly to us – that is, to you and to me – about this oneness and unity and love:

My prayer is not for them alone. I pray also for those who will believe in me through their message, that all of them may be one, Father, just as you are in me and I am in you. May they also be in us so that the world may believe that you have sent me.

I have given them the glory that you gave me, that they may be one as we are one—I in them and you in me—so that they may be brought to complete unity. Then the world will know that you sent me and have loved them even as you have loved me.  (John 17: 20-23, bold added)

Okay, so Jesus wants us to love each other, and to be as one family of followers, and to live in unity with other Christians. None of that is surprising, is it? All of this is important and should be natural to a family of followers of Jesus.

Yet alas, we have failed miserably.

But I want us to focus on why Jesus is insisting on this unity and oneness and love for each other. He tells us three times:

“By this everyone will know that you are my disciples”

“… so that the world may believe that you have sent me. “

“Then the world will know that you sent me and have loved them even as you have loved me.”

He tells his little band of disciples three times that their defining characteristic must be unity and oneness and love, and by this the world will know Jesus is the Son of God, and not just another failed Messiah wannabe. Jesus is telling them if they can get along, and remain united, no matter what the world – or even the burgeoning new church – throws at them, then the proof will be in the pudding.

But why would this be such a rock-solid demonstration that Jesus is the Messiah? Why would their unity and oneness and love convince the world Jesus was from God, sent by God, actually is God?

Perhaps the answer can be found in the make-up of those disciples, all Jews, mind you. Let’s examine who and what they represented:

We know Peter and Andrew, James and John, were fisherman. We can assume Philip and Bartholomew were, as well. And because we see Thomas fishing with them in John chapter 21, let’s assume he was, too.

Even if one or two of these were not fisherman, we know they were not white-collar executives, that is for sure.

Next we have Matthew, the tax collector. Matthew, a Jew, represented Rome as their resident tax collector. These tax collectors were the lowest of the low. Despised because they worked for the hated Romans, and cheated their fellow Jews by collecting more than legally required, and pocketing the rest.

And finally we have James, Thaddaeus, Simon and Judas Iscariot – all likely Zealots. A nasty little group of extreme far left or far right, however you choose to classify them. They hated Rome, and they hated, loathed anyone who worked with the Romans, or even associated with them. They were known as the Daggermen, because they would slip up behind any of the above and stick a little curved dagger into their hearts, and then slip away into the crowd.

Our first group of blue collar working stiffs, the fishermen, would have been good-ole boys. They loved their country, but they were too busy making a hard living to get involved in anything political. And we can assume at least some sibling rivalry between the pairs of brothers, Peter and Andrew, James and John, who were fishing partners.

And they would have hated Matthew, as all the Jews did.

But the Zealots would have hated Matthew more, and would likely have assassinated more than one of his friends or his fellow tax collectors. The Zealots likely did not care for the fishermen, either, because they were not revolting against Rome, as they should be, in their eyes.

The fisherman, no doubt, did not care for the Zealots, who were upsetting the peace, and creating chaos for everyone else who was just trying to get through the day.

Are you starting to see why Jesus insisted on their unity and love and oneness? And why Jesus knew that if this group were to show this to the world, the world would have to take notice, and be wowed by this disparate group of men, actually loving each other through thick and thin?

Good-ole boys, extreme far right/left, and the enemy traitor, all thrown in together! With Jesus no longer there to hold them together. What chance do they have of staying united? What glue could hold them together when the world attacked them from every angle? How could they possibly display love and oneness when the new church would swagger and sway, wobbling and almost collapsing under the stress of growing up in such a hostile world?

None. Zero. No chance whatsoever.

Unless they died to self, put others first, and looked for the best in others. Unless they looked in the mirror and realized they were no different than those with whom they disagreed, and certainly no better.

I think you can draw your own conclusions about how this message resonates and applies to you, today, this week, and for the future days ahead, no matter what happens Election Day. If the disparate disciples could do it, and they did, and they changed the world by doing so, we can too.