The Real Reason Jesus Had to Die

Why Did Jesus Have to Die? 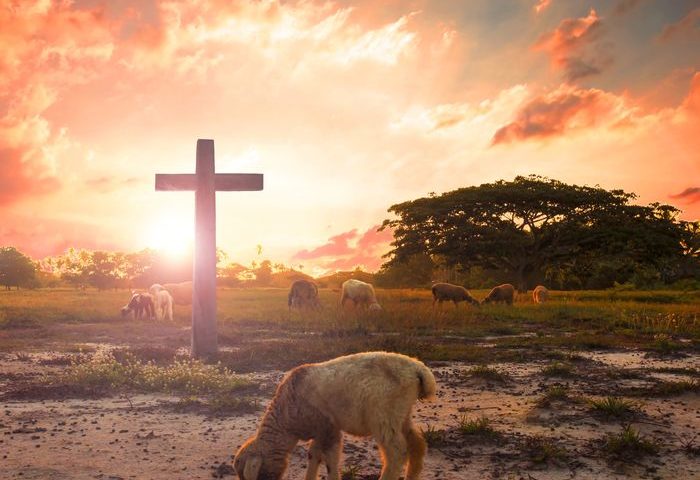 Leading up to Easter, one of the 721 men asked a very simple question: “Why did Jesus have to die?” If someone asked you this same question, could you answer it in a succinct and straightforward way? Do you even know the answer?

I think if we asked the average Christian, they would fumble around with a vague and ambiguous answer. Perhaps something like, “Well, there was the sacrificial system where sheep and goats were sacrificed to atone for the Israelites’ sins. And Jesus was that ultimate atonement.”

Yes, he was, but that does not actually answer the question: Why did Jesus have to actually die?

Let us tackle this question with simple, straightforward answers, with the caveat that nothing about Jesus’ cosmic sacrifice for sins is simply simple.

“You are free to eat from any tree in the garden; but you must not eat from the tree of the knowledge of good and evil, for when you eat from it you will certainly die.” (Gen. 2:16-17)

God informed Adam and Eve they would die if they sinned. And they did immediately die a kind of death. They went from walking with God in the cool of the evening, to hiding in the bushes with silly fig leaves covering their private parts (Gen. 3:8-10).

So, the fact is, sin brings death. This is the governing principle in the universe God created. You may not like it. You may say it is unfair. That it is neanderthal … medieval … the awful rules of a wrathful God.

But is it not true that when you sin against someone you bring about a kind of death in the relationship? If you cheat on your spouse or boyfriend or girlfriend, the trust dies, and so does a part of the relationship. If you insult, or demean or hurt your friend, spouse, family member, business associate or whomever, there is a kind of death between the two of you as a result.

Back in my renovation days I was doing a complicated and long project for a very successful couple. They were genuinely nice people, and I thoroughly enjoyed their company, even having dinner with them from time to time. Everything was going well until another contractor the husband had hired messed something up. The husband had a complete meltdown, shaking with anger and screaming at his wife. I thought he was going to have a heart attack.

I remember two things about that day. First, I was going to keep my distance from him from then on. And two, his wife was wilting, dying before my eyes under his assault.

You remember as a child, the first time someone yelled at you, embarrassed you, scolded you, humiliated you, or in some manner hurt your feelings? Do you remember how your heart hardened a bit? Maybe a lot? A piece of you died.

Sin is serious. It brings pain—both outward and inward. It hurts us and others.

You know it, and I know it. So let us not quibble and argue that “sin brings death” is objectionable. It is, I agree. But it is a natural part of our existence. And yet, your loving and compassionate Creator did not want you to have to suffer death when you sin.

He set up a sacrificial system for the Israelites, so a lamb could die in their place—a substitute death. This provided a way for their sins to be set aside, to be forgiven, temporarily. And he set up the ultimate sacrifice so your sin could be set aside, so you could be forgiven, permanently. The Lamb of God died in your place.

When the prophet John the Baptist saw Him, he cried, “Behold, the Lamb of God, who takes away the sin of the world!” (John 1:29)

Stay tuned for Next Week: The bottom-line reason Jesus had to die: You