If Jesus Had to Die—So Do You

Jesus and the Monkeys 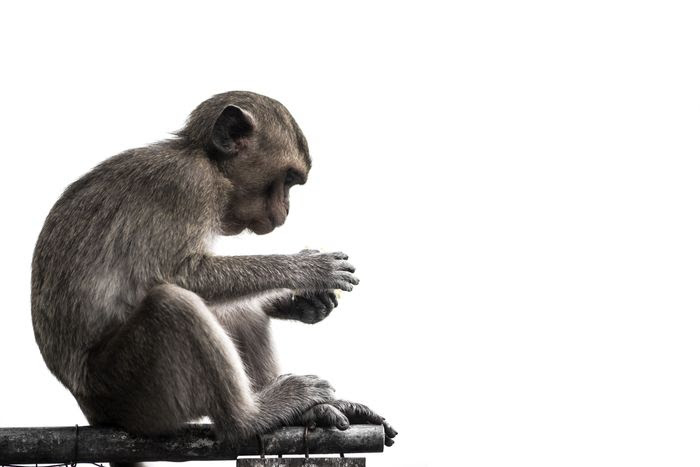 From time-to-time Jesus would say some really outlandish things; statements that no one in their right mind could take seriously. Yes, we might believe in Jesus, but oh come on, we simply do not believe what Jesus believed.[1] For instance, he said we should not worry … about anything.

When I bring this up in a teaching setting, I will often hear something like: “It is just not responsible to not worry. To not worry means you are not even aware of all the potential problems out there, and therefore won’t be ready for them. Not to worry is simplistic and naive.”

And yet Jesus assures us:

Look at the birds of the air; they do not sow or reap or store away in barns, and yet your heavenly Father feeds them. Are you not much more valuable than they? (Matt. 6:26)

At this point most of us are thinking, “Okay, birds of the air have nothing to do with my complicated life. So, thanks Jesus, but this just does not assure me of anything.”

Yet Jesus is undaunted as he doubles down:

Apparently Jesus actually believes this stuff about our Heavenly Father taking care of us. Imagine that! Or … imagine if we actually believed what Jesus so strongly and confidently believed? That would be true freedom living, would it not?

Monkeys were a big attraction at the first zoos in Europe. The problem for the zookeepers was it was impossible to catch the monkeys. The monkeys were too quick. But they soon discovered a sure-fire way to catch them. They would put shiny beads in a jar with a bottleneck. The monkeys loved the shiny things, so they stuck their hands down to grab a fistful.

But they could not get their hands out of the jar with their fists full of beads, and were easily caught by the zookeepers. All the monkeys had to do was release their grip for freedom!

But they could not. Or, they would not.

This is a modern-day parable for us.

Jesus is assuring us that if we will release the beads in our life, and stop chasing after more beads, but instead chase after him, first and foremost, our Heavenly Father will take care of us.

But seek first his kingdom and his righteousness, and all these things will be given to you as well. (Matt. 6:33)

Jesus is saying, if you will seek him first, by making getting to know him, deeply and intimately, a priority, you will no longer chase around after beads like the pagans do. Instead, you will chase after Jesus. And you will be taken care of. So relax. Stop worrying.