What Was Paul’s Thorn? 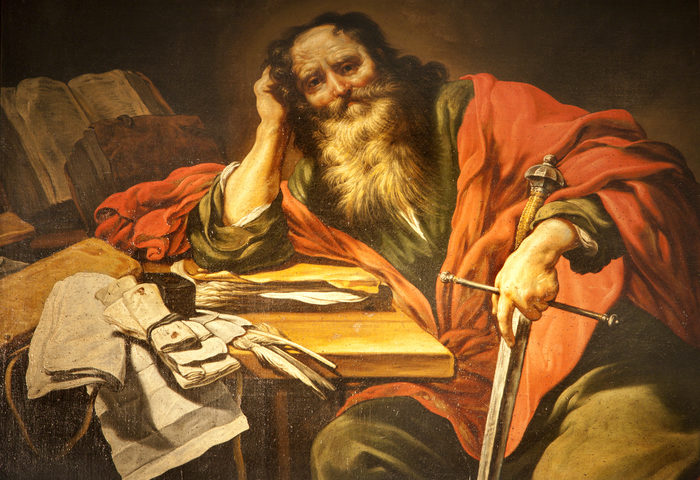 The last two weeks we have been discussing Paul’s thorn in his side, and our Heavenly Father’s purpose for such thorns: He wants you to lean on Him.

Would you like to know what Paul’s thorn was?

I will share with you what makes the most sense, and corresponds the closest with Paul’s letters, as well as his missionary experiences. I believe strongly in this explanation, but I am only positing this for your consideration.

Paul writes: “Therefore, in order to keep me from becoming conceited, I was given a thorn in my flesh, a messenger of Satan, to torment me.” (2 Corinthians 12:7)

The literal Greek reads:   “… a thorn in my flesh, a messenger of the adversary that he (a person – a man) might buffet/harass me.” (added)

In the Bible a “Thorn in the flesh” refers to the enemies of God’s people:

“But if you do not drive out the inhabitants of the land, those you allow to remain will become barbs in your eyes and thorns in your sides. They will give you trouble in the land where you will live. (Numbers 33:55) See also Joshua 23:13.

We can therefore almost certainly eliminate any psychological or physical ailment explanations, such as the oft repeated “Paul’s bad eye condition.”

No, the thorn is a person, or to be more precise, a man.

This man would have been a Judaizer, a Christian Jew. He, like Paul, had likely been a Pharisee, holding strictly to the ceremonial laws handed down by God through Moses. Like Paul, he had been born again and had become a follower of Jesus.

These Judaizers believed Jesus was the Messiah, and salvation was through Jesus, but they also believed that since Jesus was a Jew, and he adhered to the Jewish customs and laws, all new Christians must do so as well. This was the source of the major debate we see in Acts 15, at the Jerusalem Council.

These Judaizers were passionate to uphold the Jewish laws, circumcism being chief among them. Ouch.

This man and his group of Judaizers were following after Paul on his missionary journeys and telling the newly evangelized Gentile Christians, “Paul is right, it is Jesus, but he is only giving you half the gospel: it is Jesus plus circumcism.”

If you read Paul’s letter to the Galatians you will see Paul addressing, railing against, to be more accurate, the fact that the Galatians seem to be drifting from the true gospel, which he passionately states is Jesus and Jesus only, and adopting these Judaizers’ “Jesus plus circumcism” gospel:

“I am astonished that you are so quickly deserting the one who called you to live in the grace of Christ and are turning to a different gospel— 7 which is really no gospel at all. Evidently some people are throwing you into confusion and are trying to pervert the gospel of Christ. …  If anybody is preaching to you a gospel other than what you accepted, let them be under God’s curse!  (Galatians 1:6,7,9 bold added)

“You were running a good race. Who cut in on you to keep you from obeying the truth? … The one – (this Judaizer who is Paul’s thorn) – who is throwing you into confusion, whoever that may be, will have to pay the penalty. … 12 As for those agitators – (the Judaizers) – , I wish they would go the whole way and emasculate themselves!” (Galatians 5:8 + bold added)

We can see by Paul’s exasperation he is deeply hurt by this man’s attempts to undermine him. Paul sees him as an enemy of God’s people, a thorn in the side.

Paul again refers to this “circumcism group,” and the damage they were causing new believers, even a seasoned disciple like Peter:

“When Cephas (Peter) came to Antioch, I opposed him to his face, because he stood condemned. 12 For before certain men came from James – (the Judaizers … the circumcism group from Jerusalem) -, he used to eat with the Gentiles.

“But when they arrived, he began to draw back and separate himself from the Gentiles because he was afraid of those who belonged to the circumcision group.” Galatians 2:11-13    (added & bold added)

“… because he was afraid of the circumcism group.”

Peter, afraid? The same Peter who was not afraid of the Sanhedrin, the men who had Jesus crucified, and declared boldly before them he would not back down from proclaiming Jesus as God, the Messiah, even if it meant his death, is now afraid of a mere man … a mere Judaizer?

This man must have been one powerful and dangerous thorn in the side!

There you have it. Paul’s thorn was a man. A person who caused him trouble.

But isn’t this often the case? Perhaps you have someone in your life who is a thorn in your side – and you cannot fix it, or change them. God is saying to you, “I know this is troubling for you, but I also know that when you lean on me, and look to me, your human weakness can become My supernatural strength.”

Note to all who read Oswald Chambers daily devotion “My Utmost for His Highest:” We have put together a podcast of 3 minute summaries of each daily devotion.

If you go to “Understanding Oswald” in Podcasts, you can sign up for it.