I Want to See

He Called My Name 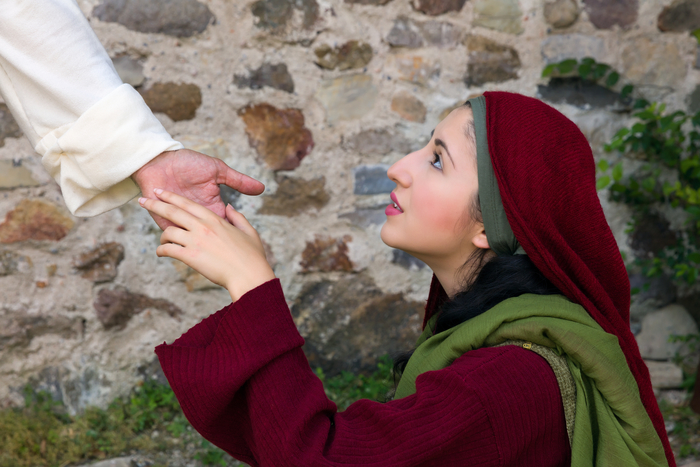 Last week we looked at two encounters with Jesus on Resurrection Sunday. The first with the two men on the road to Emmaus that Sunday afternoon:

When he was at the table with them, he took bread, gave thanks, broke it and began to give it to them. Then their eyes were opened and they recognized him …. (Luke 24:30-31 Bold added)

The second when Jesus appeared to his disciples and friends later that evening:

Then he opened their minds so they could understand the Scriptures. (Luke 24:45 Bold added)

Jesus had to open their eyes for them to truly see him for who he is, and to see the scriptures for what they say about him. Before that they were seeing with the eyes of their head, only. Sadly this is true for the vast majority of people who call themselves Christians.

She is all alone at the tomb. She is distraught. Listen to the heart-wrenching devotion overflowing from Mary:

Now Mary stood outside the tomb crying. As she wept, she bent over to look into the tomb and saw two angels in white, seated where Jesus’ body had been, one at the head and the other at the foot.

They asked her, “Woman, why are you crying?”

“They have taken my Lord away,” she said, “and I don’t know where they have put him.” At this, she turned around and saw Jesus standing there, but she did not realize that it was Jesus.

He asked her, “Woman, why are you crying? Who is it you are looking for?” Thinking he was the gardener, she said, “Sir, if you have carried him away, tell me where you have put him, and I will get him.”

Jesus understood how to speak into and through her hurt: he called her by her name.

Has Jesus ever called you by name? Have you felt his voice inside your head, resonating deep down into your heart? If so, you will remember it vividly, viscerally, even. This kind of encounter reaches so deep into your soul you can only cry out as Mary did.

No head knowledge needed here. When Jesus calls you by name the eyes of your heart will be opened and your relationship with him will be deepened, to a place head knowledge simply cannot take you … to a place where you know his voice.

My prayer for you is that you call out to Jesus, no, that you cry out to Jesus as Mary did, and that as the eyes of your heart are opening, you will hear him call your name.

He calls his own sheep by name and leads them out. When he has brought out all his own, he goes on ahead of them, and his sheep follow him because they know his voice. (John 10:3)

Note to all who read Oswald Chambers daily devotion “My Utmost for His Highest:” We have put together a podcast of 3 minute summaries of each daily devotion.

If you go to “Understanding Oswald” in Podcasts, you can sign up for it.